The headwinds in China have been persistent, and earlier this week we elected to sell our small remaining stakes in all Chinese holdings including JD.com (JD), Alibaba (BABA) and Tencent Holdings (TCEHY) to further bolster our cash reserves in the Offshore strategy. In addition to eliminating our exposure to China in Offshore, we continued to position the Opportunities portfolio more defensively by further reducing growth exposure and reinvesting some of the proceeds into Raytheon (RTX). 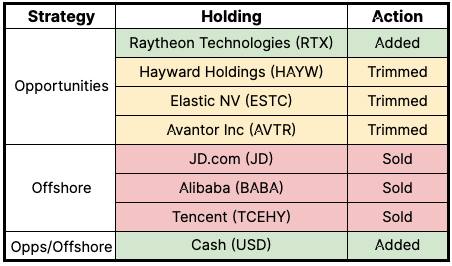 In the words of Warren Buffett, “I don’t try to jump over seven foot hurdles, I look for one foot hurdles I can step over” and Tencent, Alibaba and JD.com have evolved into seven foot hurdles. We believe there are better risk-adjusted opportunities abroad (i.e. one foot hurdles), and we sold our remaining stakes in these businesses earlier this week. We could rattle off half a dozen macro-driven headwinds we're seeing in China, and we don’t expect the market to value fundamentals for the foreseeable future.

As mentioned in Three Things on Monday, the U.S. passed a law requiring Chinese companies to allow our regulators to access financials back in late 2020. In their first sign that they aren’t bluffing, the U.S. Securities and Exchange Commission (SEC) identified five Chinese companies that will be delisted from US exchanges if they don’t provide access to audited documents by 2024-2025. Although we don’t own and have never owned any of these companies, the entire Chinese market sold off steeply early in the week on this announcement.

The investment business is one of the most humbling businesses in the world, and it was incredibly frustrating to see China equities bounce higher today after Chinese officials said they would introduce market-friendly policies and keep the capital markets running smoothly. We believe these moves were largely investors covering their short positions vs. new capital being deployed into these companies as sentiment in China has arguably never been worse. Regardless, it’s brutal to see stocks you owned just days earlier soar on a headline.

With the proceeds of these sales, we have added to our cash reserve and plan to deploy this cash into high-quality companies that are more akin to a one foot hurdle.

Leaning on the defense

Although the peace talks with Russia and Ukraine seem to be tracking towards a ceasefire, the situation remains fluid with bounds of uncertainty. We’ve added to our position in Raytheon Technologies (RTX), an aerospace and defense leader with durable free-cash-flow, and reduced our stakes in several volatile holdings in Elastic NV (ESTC), Hayward Holdings (HAYW), and Avantor Inc (AVTR). We’ve also added some proceeds to our cash reserve.

We believe that all three equity portfolios are well positioned to weather the storm with the hedges fully activated and sizable cash positions of 20%+. With the markets in a deep correction, we expect fundamentals to begin to drive narratives after this market wide re-rating, sooner rather than later. We’ll be ready. 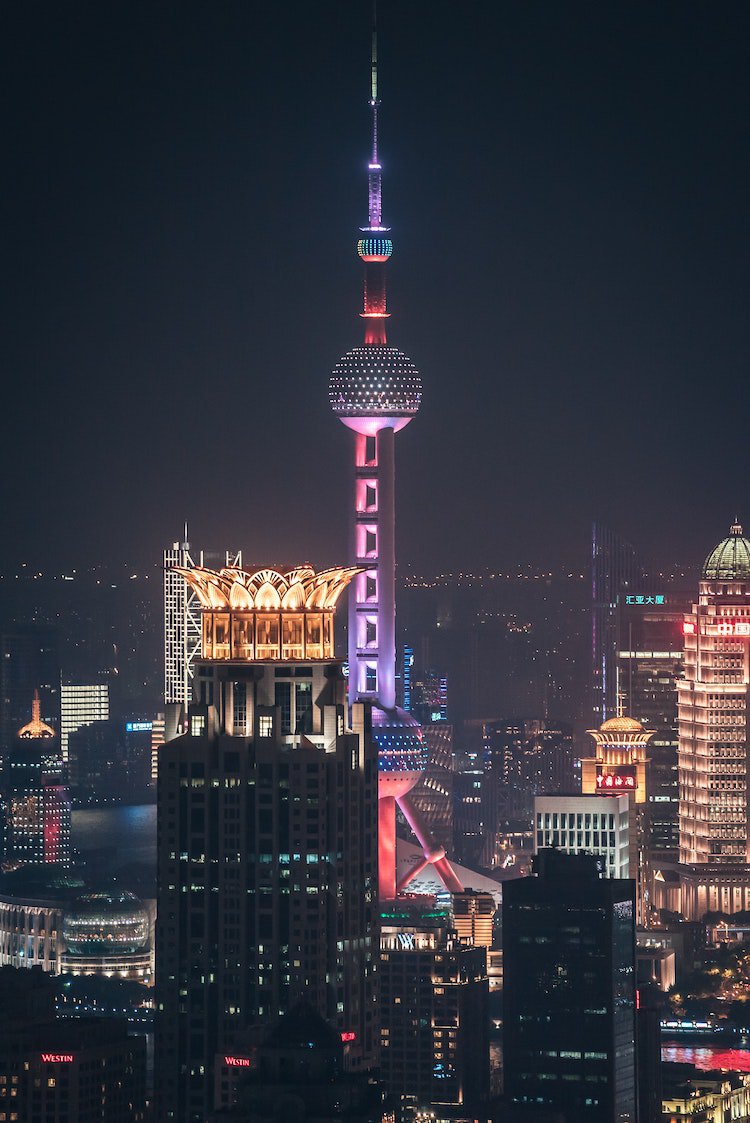