Start your engines. Titan’s Offshore portfolio now includes Safran (SAFRY), one of the largest aerospace companies in the world. Safran holds leading market positions in the aircraft propulsion, aircraft equipment, space and defense markets, making it a very attractive addition to our Offshore strategy. Safran and GE’s joint venture, CFM International, is one of the most successful aerospace engine franchises in the world, with a staggering 75% market share of global narrow body aircraft engine production.

Safran is currently trading at a valuation of 12x 2022 EV / EBITDA, which is attractive on both an absolute and relative basis and well below its 3-year historical average. Safran’s valuation arguably warrants a premium over its peers and should see a multiple re-rating given the company’s dominant competitive position, consistently higher operating metrics, and much higher growth expectations.

We are proud to invest our clients in Safran as the company approaches what we believe is a major inflection point.

There are three main components underpinning our SAFRY thesis: 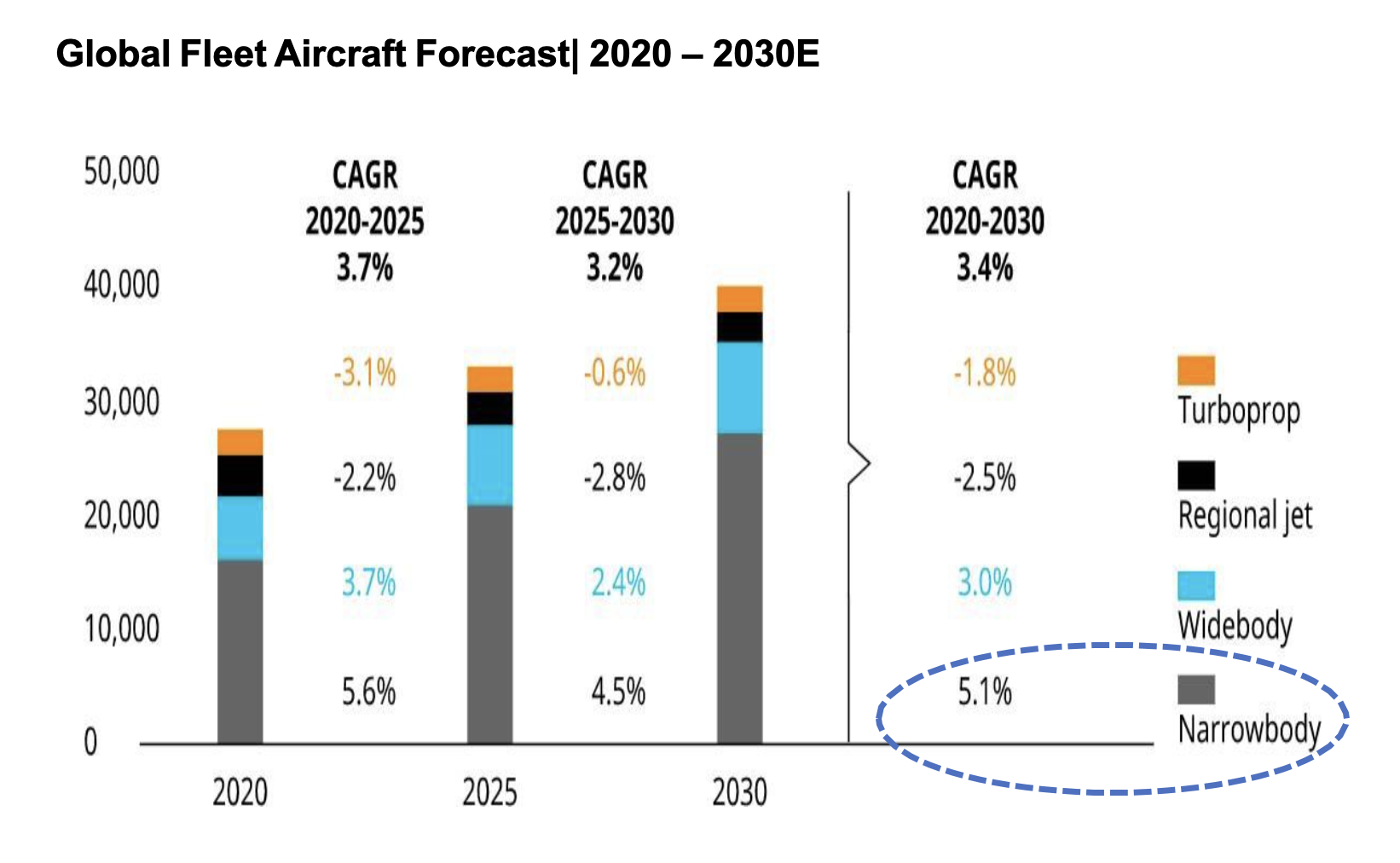 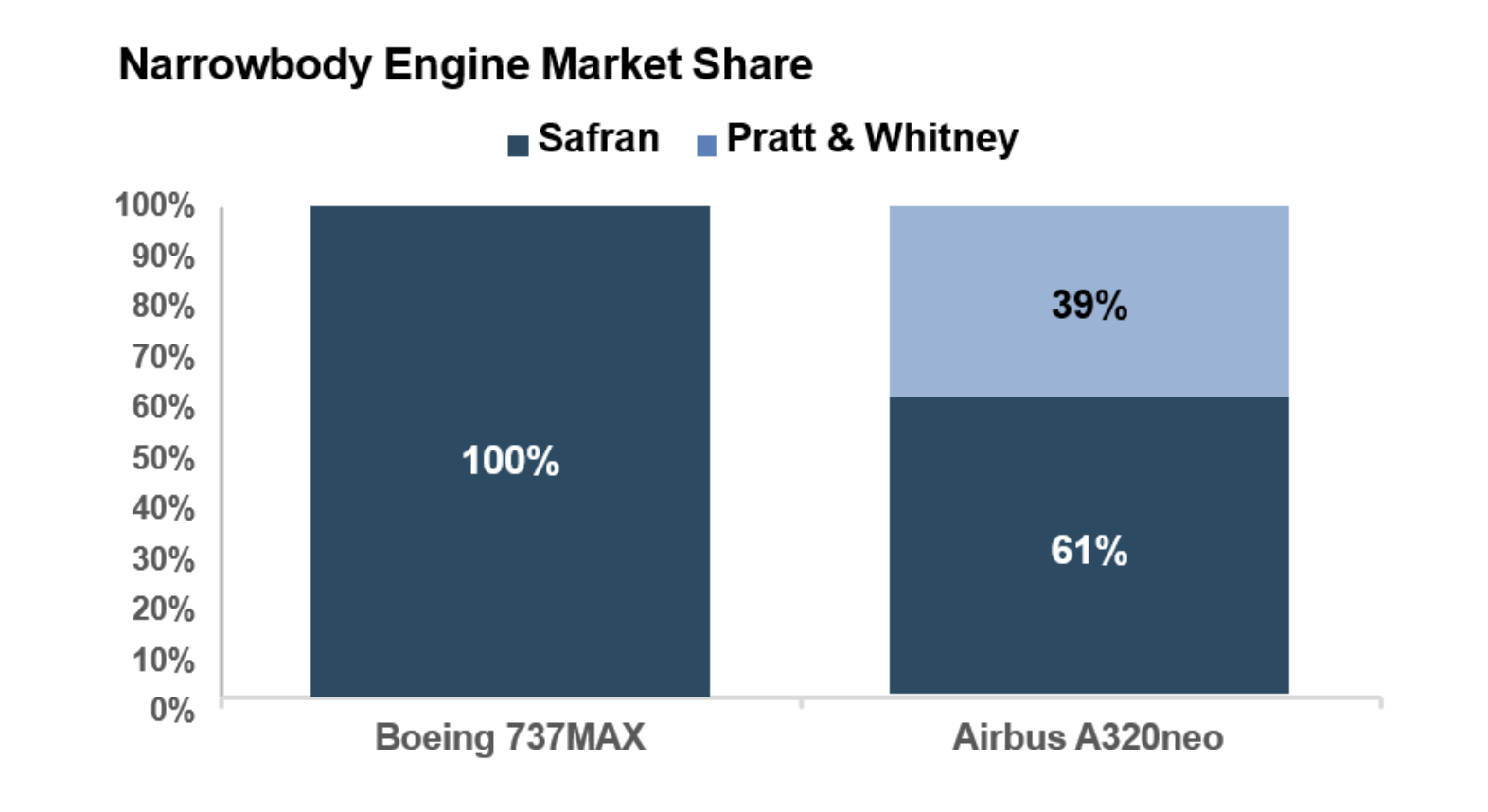 2) Safran’s LEAP engine is poised to become a key driver of revenue and profitability growth. 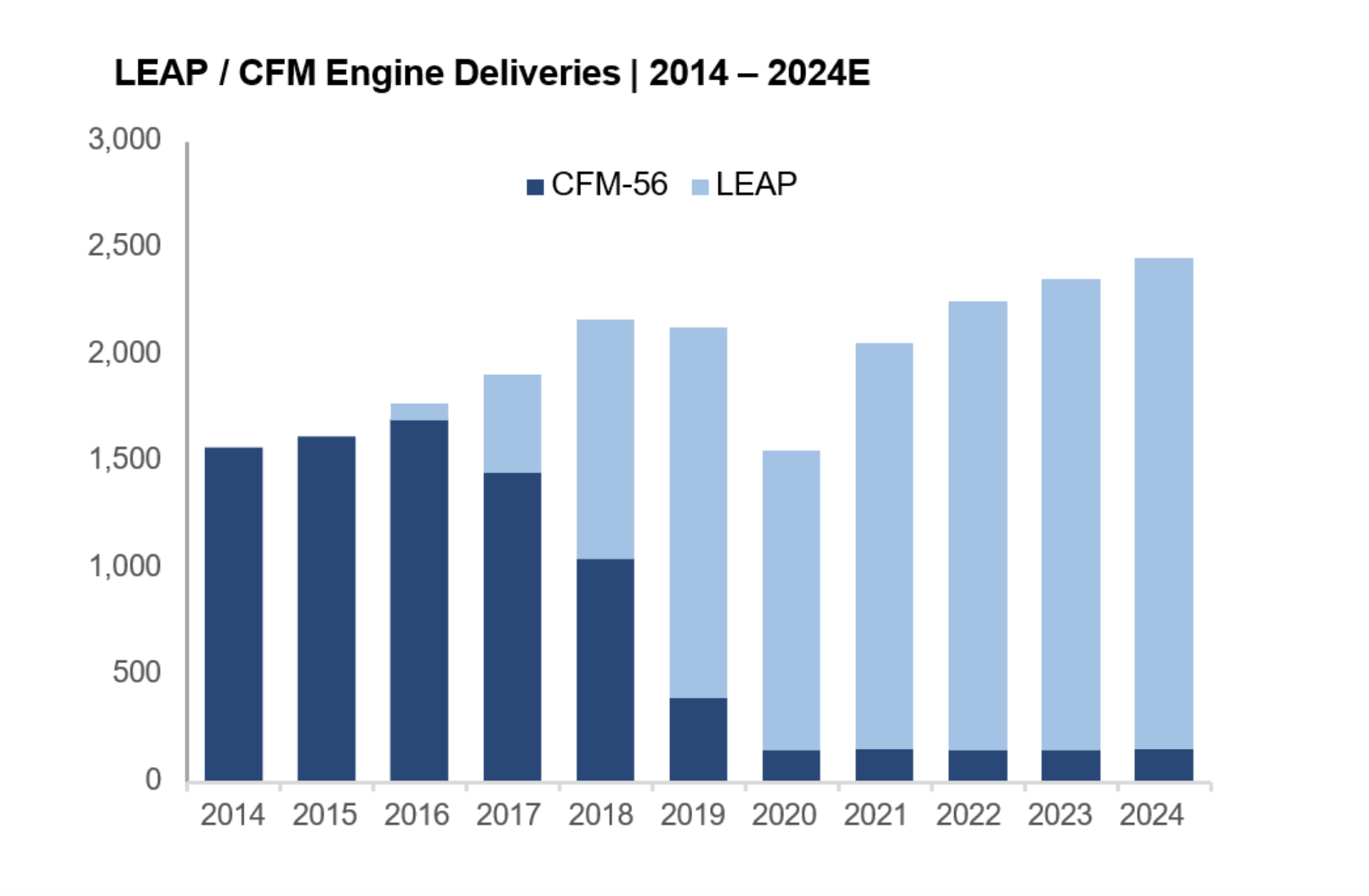 3) We believe Safran’s aftermarket/servicing business is reaching an inflection point. 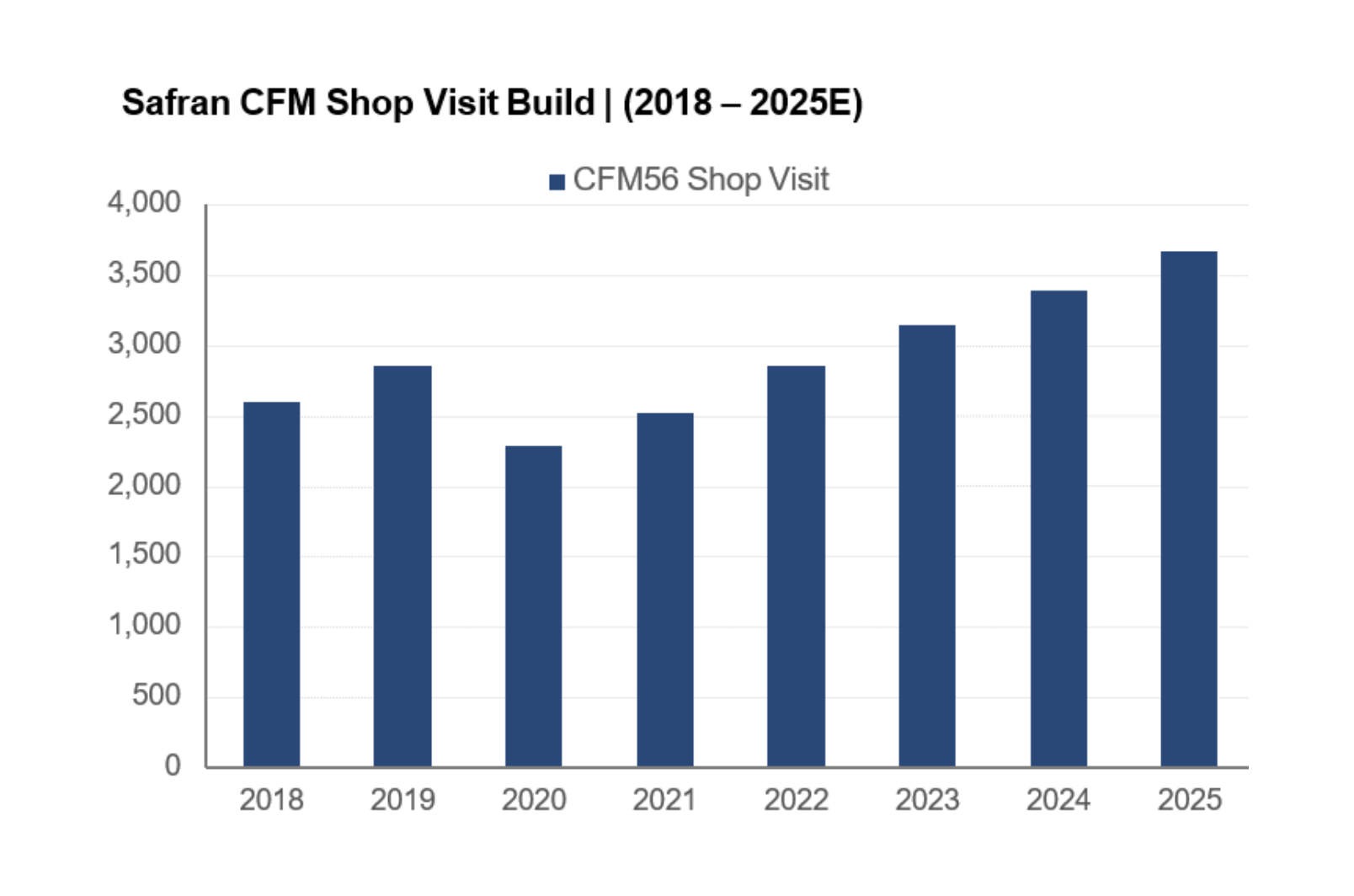 We believe that Safran offers an attractive value proposition, enabling our clients to potentially capitalize on the secular growth of commercial aerospace. By investing in one of the leading aerospace engine manufacturers with dominant market share, compelling unit economics, and multiple growth drivers, we have strong conviction that Safran stock could reach $49 by 2023, translating to 60% upside / 20%+ IRR from today’s prices.