On Wednesday after hours, Facebook surged +9% after reporting strong user growth and a healthy beat on topline revenue, which grew +18% year-over-year (down from +25% last quarter).

Coming into the quarter, many analysts had been concerned about Facebook's exposure to advertising spending.

However, despite the broader slowdown in ad spend, Facebook still was able to grow average revenue per user (ARPU) in Q1, which rose +8% year-over-year to $8.52 globally.

This of course represented a significant deceleration from the +16% ARPU growth Facebook saw the prior quarter, but is still impressive for a company as strongly levered to ad budgets as Facebook.

More notable to us was the massive surge Facebook reported in active users and user engagement across all geographic regions.

In Q1, Facebook added a total of 77 million daily active users across all its owned platforms.

To put that in context, that's roughly half a Twitter's worth of users gained, in a single quarter

This strength in user growth was particularly notable in the US - a relatively mature market for Facebook compared to the rest of the world, but which in Q1 booked the fastest quarter-over-quarter user growth it's seen since 2011.

All the while, user quality has actually improved as engagement rates ticked up from 66% to 67%.

While a 1% expansion may seem inconsequential in the abstract, it's significant for investors in Facebook who have grown accustomed to seeing engagement rates staying flat at 66% on the dot for the last 16 quarters (a period of time over which the company grew by nearly 1 billion users).

That said, we see this as clearly tied to current shelter-in-place measures, and would expect engagement rates to revert back towards 66% coming out of widespread quarantine efforts.

Signs of a stabilizing outlook

In terms of intra-quarter trajectory, Facebook reported seeing strong revenue growth until the last few weeks of the quarter, much like Google reported in its earnings release Tuesday.

But unlike Google, Facebook helpfully provided color on preliminary Q2 performance over the first few weeks of April.

After the sharp slowdown seen in late March, management is already reporting seeing ad revenue growth at back to flat (year-over-year) thus far in April.

We think this is very positive and bodes well should that trend continue through the rest of Q2.

Disciplined and long-term approach to costs

We were pleased to learn that while the company is taking steps to right-size its cost structure given the overall environment, it's still heavily committed to investing in its platform despite increased volatility on the top line.

As Zuckerberg put it on the call:

"Overall, I think during a period like this, there are a lot of new things that need to get built. And I think it's important that rather than slamming on the brakes now, as I think a lot of companies may, that it's important to keep on building and keep on investing for the new needs that people have, and especially to make up for some of the stuff that other companies would pull back on."

We believe this is the right move for the long-term and very emblematic of the long-term focus Zuckerberg and the rest of the management team operate under.

In other Titan portfolio company news:

Microsoft +2% after hours after demonstrating strong resilience to broader slowdown 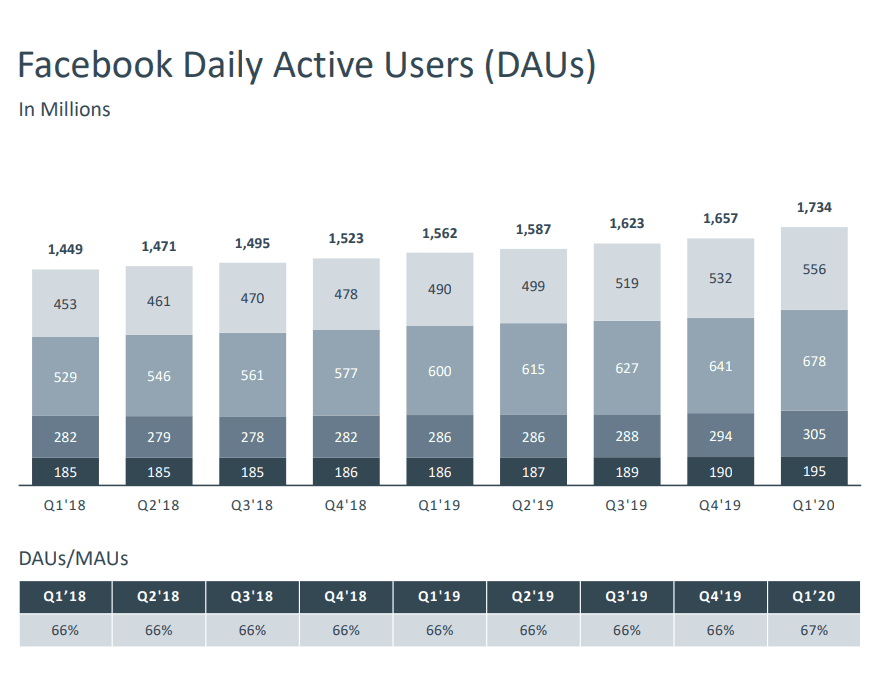